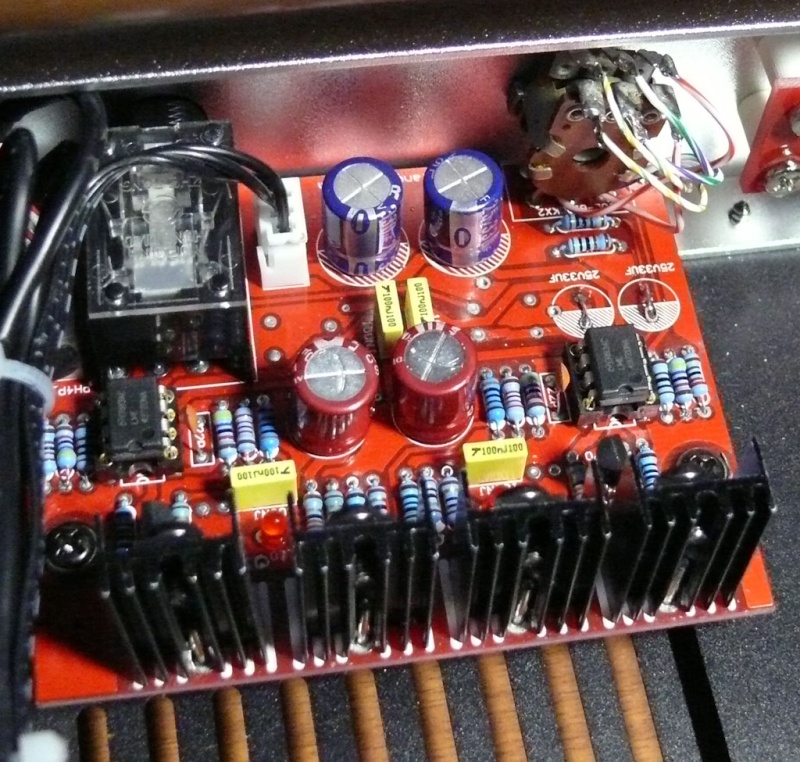 
Introduction to the Zero DAC and Headphone amplifier.
Posted 09-17-2008 at 12:30 AM by Currawong
Updated Today at 11:08 AM by Currawong (MORE pictures!)
**NOTE**: This is very much work in progress. It needs pictures and a section about installing opamps and HDAM units. Please leave feedback in the comments. Also, beware that prices may change/be wrong.

What is the ZERO?

The ZERO is a Digital to Analogue converter (DAC) and headphone amplifier/preamp made in China that has become popular on head-fi.org due to its low price (US$99 for the basic unit) and that it can be upgraded for around the same amount for a huge improvement in sonic quality.

The ZERO's product page from Tianyun100 (in Chinese).

Where can I buy it?

The ZERO is available on eBay through a number of sellers, though most people will recommend buying the unit from Lawrence - a necessity if you want an "upgraded" unit by default. He can be contacted at lawrencechanbig ((%)) msn.com. (Replace the obvious with an @ symbol).

What can it do?

The ZERO, internally, consists of two parts: a DAC, which can convert a digital signal, either coaxial or optical, into an analogue signal, and a headphone amp + pre-amp that can be used with either headphones or a power amp, headphone amp or powered speakers.

How can I connect it to my CD player or computer:

You have only two choices of connection to the ZERO: Optical digital, using a plastic or glass TOSLINK cable, or a coaxial digital cable with RCA connections. Many CD players have both of these as an output options. Many sound cards have optical digital outputs, as well as "SPDIF" coaxial digital output. Some improvement in sound quality will result from using a good quality coaxial digital cable, such as from Blue Jeans, or a quality glass optical cable instead of the one that comes with the ZERO. Penchum found a good quality glass optical cable which I need to find the link for.

What upgrades are possible?

On the larger DAC board is a removable chip known as an OPAMP. On the headphone/pre-amp are two OPAMPs. These chips are essentially the equivalent of a bunch of transistors and amplify the signal. Since they are presumably cheaper, use less power and are more compact to manufacture, they are often found on audio cards, in CD players and other audio devices. The 3 OPAMPs in the ZERO are "dual" OPAMPs, that is, amplify two channels. This is important to know, as there are "single" OPAMPS as well. These OPAMPs can be replaced with better quality ones, resulting in a much better sound from the ZERO.

The current best all-round recommendation from Penchum's testing is to use two Burr Brown OPA627 OPAMPs in the DAC and two LT1364 OPAMPS in the headphone/pre-amp section. WAIT, yes, I did just say "two" OPA627's, as they are single OPAMPs, you'll need an adaptor to use them in the slot, known as a Brown Dog adaptor.

The sound signature of the OPA627 was described by Penchum as being "tube-like". It's gives a rather warm, but still very detailed sound.

Luckily, Lawrence sells an upgraded ZERO for US$275 (including shipping, but note this might vary depending on which country) which includes these better OPAMPS, better volume control saving those of you who just want to buy a nice unit and listen to music without taking off the cover and fiddling an easy option.

Other people have experimented with "OPAMP rolling" - experimenting with many different combinations of OPAMPs in the ZERO, but the purpose of this guide is not to get into that. If you're interested in doing that, there are a great many you can get free samples of and try.

The default volume pot in the ZERO is a cheap and somewhat nasty Chinese unit which is known to often be imbalanced at low volumes and even give a bit of hum and hiss. Unfortunately the only replacement known of at this stage is a NOS (New Old Stock) ALPS pot from Japan which Lawrence has a number of. If you've already got a ZERO, replacing the default one will require soldering skills. Otherwise, if you order the upgraded ZERO from Lawrence, you can order the better volume pot for an extra $20.

OPAMP replacement with a HDAM:

Not to confuse the HDAM with what Marantz created, it's a different thing, a HDAM unit replaces an OPAMP altogether with, get this, transistors! That's right, one of the best upgrades you can make to the ZERO is to replace the thing that replaces transistors in the first place, with what it replaced! Confused yet?

The idea came from the Burston HDAM unit that is often used to upgrade CD players in the same way. However, while the Burston unit is a little expensive, the Chinese manufacturer of them, Audio-gd, is not, and you can buy not only the same unit Burston sells, but a newer model with a slightly different sound signature. The older, but more neutral sounding module is known as the Earth. The newer module is called the Sun.

The problem with these units is, as they are vertically-mounted circuit boards (once they are plugged into your OPAMP slot) the cover of the ZERO wont fit back on. As a result, both Lawrence and Audio-gd sell versions that include a 10cm or so long set of wires so that the HDAM can sit elsewhere in the case. Though the units weren't originally designed to be used with extension wires, there have been no reports of problems.

Currently, replacing just the DAC OPAMP with a HDAM is recommended, as the ZERO doesn't have enough grunt to power 3 HDAMs. If you've bought an upgraded ZERO, replacing the pair of OPA627's with a dual-HDAM unit is the go. Feel free to experiment though.

An interesting find on the web is a site called The Lampizator. In it, the owner does some quite crazy modifications to his Zero in the name of better sound. However, while we aren't interested in the really crazy stuff, one of the mods is quick, easy and only requires a small pair of wire cutter or even strong scissors and is well worth it, scary as it sounds.

As stated on the Lampizator site in the "bad points" about the Zero: "The output RCA are connected to noise killing caps which shouldn't be there at all." If you snip off these caps, the muffled treble of the Zero will clear up considerably, opening up the top end.

The ZERO has enough grunt to drive low or high impedance headphones, however remember that the headphone amp built in is very basic. With low impedance cans such as the AKG K701 and Denons, the result is rather good, though not with as much spaciousness and separation in the sound as you'd get with a dedicated amp. If you've been listening out of a crappy PC soundcard and switch to a ZERO, it will be a massive improvement. The ZERO will make do if you have good headphones and haven't yet heard better, but wont in any way compare to adding a good few hundred dollars worth of amp will.

Can I put my amp on top of the ZERO:
It's probably not a good idea unless, like me, you have a slow spinning fan blowing air across the units. The ZERO heated up my Little Dot MKV quite impressively before this.

The "as far as you can go without soldering" ZERO: (very recommended)