Before going my friend and I sat down and listened to my system.....muddled, lacking definition and clarity and top end using the Pioneer amp.

First came the Yamaha.......great sound, but still a muddled bass area. Vocals were clear and detailed.(Hurt my friends ears a little though)

Marantz......Better bass definition and depth, but the vocals didn't shine as much as the yamaha, in my opinion.

Exposure 1010....detail and clarity galore!!! deep bass, but missing the middle a bit and it sounded too laid back for my ears. 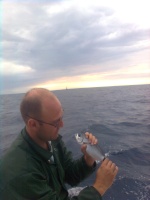 A Brit veteran proves excellence can exist at the modest end of the price spectrum.

THE 1010 series from Exposure Electronics marks a new baseline for the British stalwart, whose products include the 3010 and 2010 range of components, now in S2 incarnations. The 1010 represents the starting point to Exposure ownership, making it relatively more affordable across a broader customer stratum.

At what price, you ask? While Exposure is not exactly the first brand to come to mind when one considers serious money components and systems (bar the MCX series), it has never really been at the entry-level end either. Owning an Exposure component myself, I pondered upon this as I unpacked the single box containing both units – a CD player and integrated amplifier.
10 on 10: The Exposure 1010 CD player and integrated amplifier are high on the bang-for-buck factor.

The overall family visual cues are unmistakable, finished in the now-familiar Exposure silver with blue LED display for both the CD player and amplifier.

Stacking them on the equipment rack makes a strong case for a one-brand system; they may look restrained, but there has seldom been more of a feel that both boxes are truly made for each other.

It would seem that Exposure is sticking to a tried-and-tested formula, at least where the 1010 amplifier is concerned.

A beefy power supply underpinned by a high-capacity toroidal transformer is the core basis for the 50-Watt unit.

While this may sound a little short-changed in this day and age, I have this sneaking suspicion it will be more than sufficient to drive day-to-day speaker loads with reasonable ease. The 1010 amp is physically ever-so-slightly slimmer than its 2010 and 3010 brethren, although heft is a giveaway that some corners were trimmed to reach this price point.

Its fighting weight of 5kg gives more than half away to the 3010S2 I own.

That said, features are respectable if not outstanding – five line-level inputs (including a dedicated fixed-gain AV input), a set of record outputs and a pair of speaker outputs.

The 1010 CD player, on the other hand, is a bit more of an unknown quantity to me.

Externally, it appears to share the same chassis casework as the costlier 2010 and 3010 units but not much is immediately evident from the sparse owners’ manual, apart from the usual output level/frequency response specs.

One will probably assume the chipset used in the 1010 CD player is a scaled-down derivative of the PCM chip used in its elder siblings. Despite that, CD player provides for an optical output to connect to external DACs, so some measure of future-proofing is provided for.

A rather rudimentary remote control unit comes with both the components, and can be used to control both units together.

I also managed to use my 3010S2 remote without issues, at least the programming protocol is fairly spot on with the rest of the product family. Score one for Exposure in this regard.

What’s interesting to note is that both units are made in Malaysia.

While I’m not entirely familiar with Exposure’s manufacturing practices, I can’t detect much difference (if at all) in terms of fit and finish of the 1010 series components compared with the 3010S2.

The 1010 may be entry-level in Exposure’s stable but I was surprised at what this combo brought to the fore.

The sonic signature was unmistakably Exposure, the house sound instantly recognisable – fast yet weighty, with neutral-ish mids and a sparkling top-end.

The big party trick the 1010 combo manages to pull off is in how organic the overall sound is. I kept going back to my reviewing notes and lingering on “holographic” as an adjective. This combo pulls a convincing “speaker disappearing” trick, not something you would normally find in hi-fi equipment at this price point.

Of particular note, my Audio Physic Yara 2 Evolution floorstanders hooked up to the 1010 combo felt as if they had grown an octave or two lower in the frequency spectrum.

The sound was undoubtedly weighty and anchored proceedings with a very distinct rhythmic foundation. Notes started and stopped on a dime and coupled to the inherent Exposure family sound, the result was a bottom end with impressively little overhang.

Substituting the 1010 CD player with my Audiolab 8200 CDQ yielded dividends but what was surprising was that differences were not as night-and-day as anticipated.

Yes, there was a heightened sense of sophistication and realism; yes, there was better resolution of leading edges and better articulation and control at the frequency extremes. And yes, there was an appreciable broadening of the soundstage.

However, these were apparent only if one was working hard at consciously looking out for them.

The 1010 amp was impassive to all this and took the analog source in without batting an eyelid. The P3’s musical integrity was largely intact and I found myself hard-pressed to detect anything detracting from its overall honesty.

Of course, a comparison between the 1010 series and its more expensive siblings was inevitable. I can comfortably attest that the differences are there – my earlier observations on control over leading edges and frequency extremes were more effortlessly articulated by the higher grade siblings. But on their own, the 1010 series component’s achievements were indeed pretty high.

One for the underdog

You will gather by now that I found the Exposure 1010 combo to be pretty impressive.

If five grand is your ballpark for a CD player and amplifier, these two make a very persuasive case for themselves, taking you closer to the next step than other pairings. They will likely be more sympathetic to quality upgrades than most others – money well-spent in my books for what you get in return.

Exposure has managed to pull off a good one with this pairing, extracting such a high degree of performance at the price.

Of course, in the final scheme of things, everything is built to a price, which is precisely why the high-end market exists. Think of it like this - you are more likely to do wrong than otherwise by not giving the 1010 components due consideration. 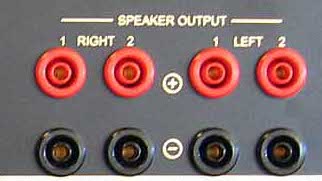